This year’s conference carries the theme “FABC 50: Journeying together as peoples of Asia …and they went a different way.” (Mt 2:12) 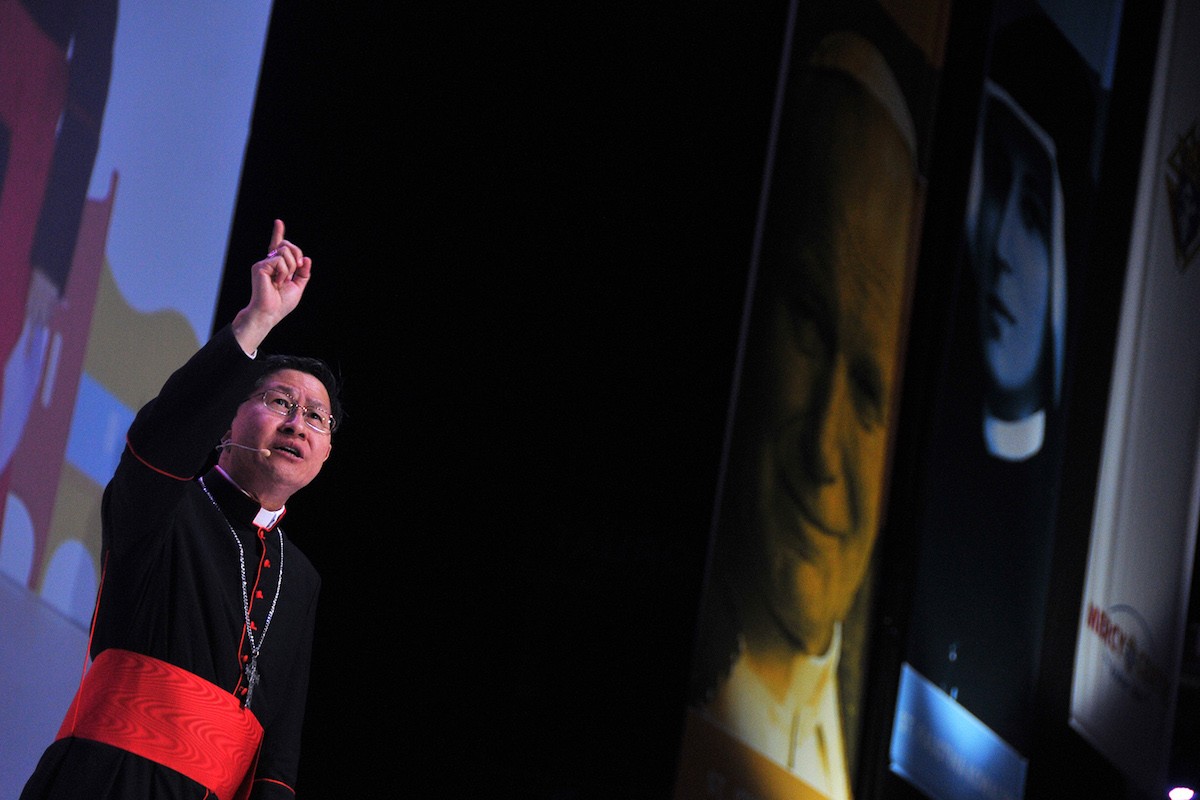 Pope Francis on Saturday, August 27, appointed Cardinal Luis Antonio Tagle as his special envoy for the upcoming general assembly of the Federation of Asian Bishops’ Conferences in October.

The Asian bishops’ meeting will open at the Baan Phu Waan Pastoral Center of the Archdiocese of Bangkok in Thailand on October 12.

This year’s conference carries the theme “FABC 50: Journeying together as peoples of Asia …and they went a different way.” (Mt 2:12).

The gathering will also mark the 50th anniversary celebration of FABC, which was established in 1970 with the approval of the Holy See.

The FABC earlier announced that the 19-day conference will “reflect on the re-emerging and emerging realities and challenges of the Church in Asia.”

Cardinal Tagle used to head the FABC’s Office of Theological Concerns while he was still the archbishop of Manila.

The cardinal, pro-prefect of the Dicastery for Evangelization, will preside over the closing Mass of the FABC gathering at the Assumption Cathedral on October 30.

On August 22, the FABC launched the start of its 50th anniversary celebration, with Cardinal Oswald Gracias of Bombay describing it as the start of a “monumental task of reaffirming, renewing, and revitalizing the Church in Asia.”

“We will gather to commemorate, celebrate and chart the direction that we, as Church in Asia, will take on our journey together in the next decades,” said the prelate.

In his message for the occasion, Pope Francis expressed hope that FABC’s General Conference will “renew the Churches in Asia in fraternal communion and in missionary zeal for the spread of the Gospel among the richly diverse peoples, cultures and social realities of the vast Asian continent.”

Pope Francis said the theme of this year’s gathering is “most fitting within the broader context of the synodal path of listening, dialogue and discernment undertaken by the universal Church.”

“I pray that the deliberations of the (FABC) General Conference will enable your local Churches to develop, within the polyhedric unity of the People of God (cf. Evangelii Gaudium, 237), creatively ‘“different ways’ to proclaim the joy of Gospel, to form new generations of missionary disciples, and to labour for the extension of Christ’s kingdom of universal holiness, justice and peace,” said the pope in his message to the people of Asia.

More than 140 Church leaders from across the Asian region are expected to attend the FABC meeting in October.

The FABC is a voluntary association of episcopal conferences in Asia that was established with the approval of the Holy See. Its aim is to foster among its members solidarity and co-responsibility for the welfare of Church and society in Asia.